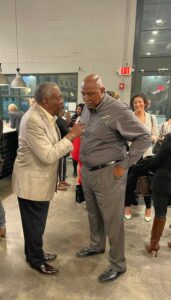 Today we’d like to introduce you to Wayne Clark.

Hi Wayne, thanks for joining us today. We’d love for you to start by introducing yourself.
I was born and raised in Jacksonville in a loving family of eight people in one of the poorer areas of town, but I didn’t know we were poor because we always had food to eat, and clothes to wear.

Our house was a small “Shotgun” house with no heat or air conditioning, and my two brothers, my sister, my nephew, and my niece all slept on two sets of bunked beds in one room, and my parents slept in the other bedroom.

I was artistic growing up, and I won an art scholarship in high school. I thought this was my calling to be an artist, and at 17, I received a job offer after high school as an art apprentice at a local commercial art company. I turned down the offer.

My father worked for the City of Jacksonville Motor Pool, assigned at the Jacksonville Sheriff’s Office, and this allowed me to be around police officers most of my life. In 1980, at 18 years old, I started with the JSO as a volunteer police reserve officer. Later in 1980, I became a corrections officer at JSO.

After starting my law enforcement career, I realized that this profession and being in a position to serve and help people in the community was my true calling. My law enforcement career at JSO allowed me to serve in almost every neighborhood in Jacksonville as a Patrol Officer, Patrol Sergeant, Investigations Sergeant, Zone Assistant Chief, Investigations Assistant Chief, and Patrol Division Chief.

I was given the opportunity in 2010 to serve the community as the Chief of Police at the Jacksonville Aviation Authority, and in 2015, I began my service at the Duval County School Police Department, retiring in September 2021, as their Chief of Police.

Along this journey, my career has allowed me to obtain my master’s degree in public administration, graduate from the 231st Session of the FBI National Academy, Leadership Jacksonville 2012, and membership in some of the most prestigious professional law enforcement organizations in the country.

I believe my vast professional law enforcement experience, qualifications, leadership, and compassionate vision for a safer and better Jacksonville have uniquely prepared me to now serve as the next sheriff of Jacksonville.

I’m sure you wouldn’t say it’s been obstacle-free, but so far would you say the journey has been a fairly smooth road?
The road to success has not always been smooth. Early on in my career, I faced some challenges as the agency was changing in the area of diversity. It was difficult at times to get better assignments, equipment, and the opportunity to grow professionally through additional training to become a supervisor.

Being a supervisor was seen as a threat to the old order losing power and control, and I was determined to get rank and become a supervisor to ensure I held others accountable. I realized that without rank, I could not make a difference in my career, or assist the careers of the other officers who were in the same struggle. In 1990, I was promoted to police sergeant and at that time I was the youngest police sergeant in the agency at 28 years old.

In 2005, Sheriff Rutherford promoted me to Division Chief in command of one-half of Jacksonville, and one-half of the uniform patrol officers in the agency.

As you know, we’re big fans of you and your work. For our readers who might not be as familiar what can you tell them about what you do?
I am a public servant, and this has been my calling and mission throughout my career. Part of the law enforcement officers’ code of ethics states, “As a law enforcement officer, my fundamental duty is to serve mankind”. That means my duty is to serve ALL people regardless of their position or condition in the communities.

We are servants of the community, and my goal is always to follow my five principle pillars when interacting with the community. 1. Trust-building relationships; 2. Accountability – from the top; 3. Accessibility – the whole community; 4. Compassion – positively change conditions; 5. Transparency – open communications and processes. (TAACT)
A few of my proudest accomplishments include:

• Leading the efforts from 2007 to 2010 to reduce murders and violent crime in Jacksonville to a 25-year low.

• Leading the efforts and working with local state legislatures, and the Department of Juvenile Justice to create the first Juvenile Civil Citation program in Jacksonville, as well as the establishment of the Juvenile Assessment Center.

• Working in 2008 with Edward Waters University to obtain an initial half-million dollar pledge to build the only full-service police substation on an HBCU campus in the country.

• Serving as the first School Safety Specialist for Duval County Public Schools, and writing every safety rule, every safety procedure, and Continuity of Operation Plan for the school district.

The difference I have over the others in the sheriff’s race, is they have no other experience outside of the JSO. To change the current situation in the city, we must be willing to think out of the box. If a leader has never been outside of the box, the leader will have a limited view of possible solutions. I believe my extensive service at JSO managing major initiatives and commanding hundreds of officers, combined with my experiences as a Chief of Police at the Jacksonville Aviation Authority, and the Duval County School Police Department gives me a broader perspective to see the complexities of running a large police organization. I have extensive police executive training from the FBI National Academy, the International Association of Chiefs of Police, National Organization of Black Law Enforcement Executives, and I have been in training seminars across the country and Canada. No other candidate in the race has this level of experience or qualifications.

Being the sheriff is more than knowing how to enforce the law, it’s about understanding the socioeconomic factors that affect people and communities, then knowing how to work collaboratively with those communities and others to positively change their conditions.

Do you have any advice for those just starting out?
I remember growing up and hearing many children wanting to be a police officer or a firefighter. Recruitment particularly in law enforcement has been difficult for the last several years, and the career has come under intense scrutiny which has caused many, especially minorities, to resist coming into the profession.

I believe we can change this trend by elevating recruitment to the highest levels in the agency, including the sheriff making personal appeals at colleges, universities, military organizations, and recruitment fairs. Hearing from the sheriff explaining how the profession is about serving the community and giving the assurance of support to officers for doing the right thing, will go a long way in recruitment.

Accountability starts from the top, and the understanding that the sheriff will be accountable to the people of Jacksonville, and all officers will be held accountable to a higher standard to provide professional service to all communities.

The sworn ranks of police officers should look consistent with the communities they police. I envision a 30 by 30 plan, which is at least 30% minority representation in the sworn police ranks of JSO by 2030. In order to change the game and the culture, people must get into the game to change it from the inside. 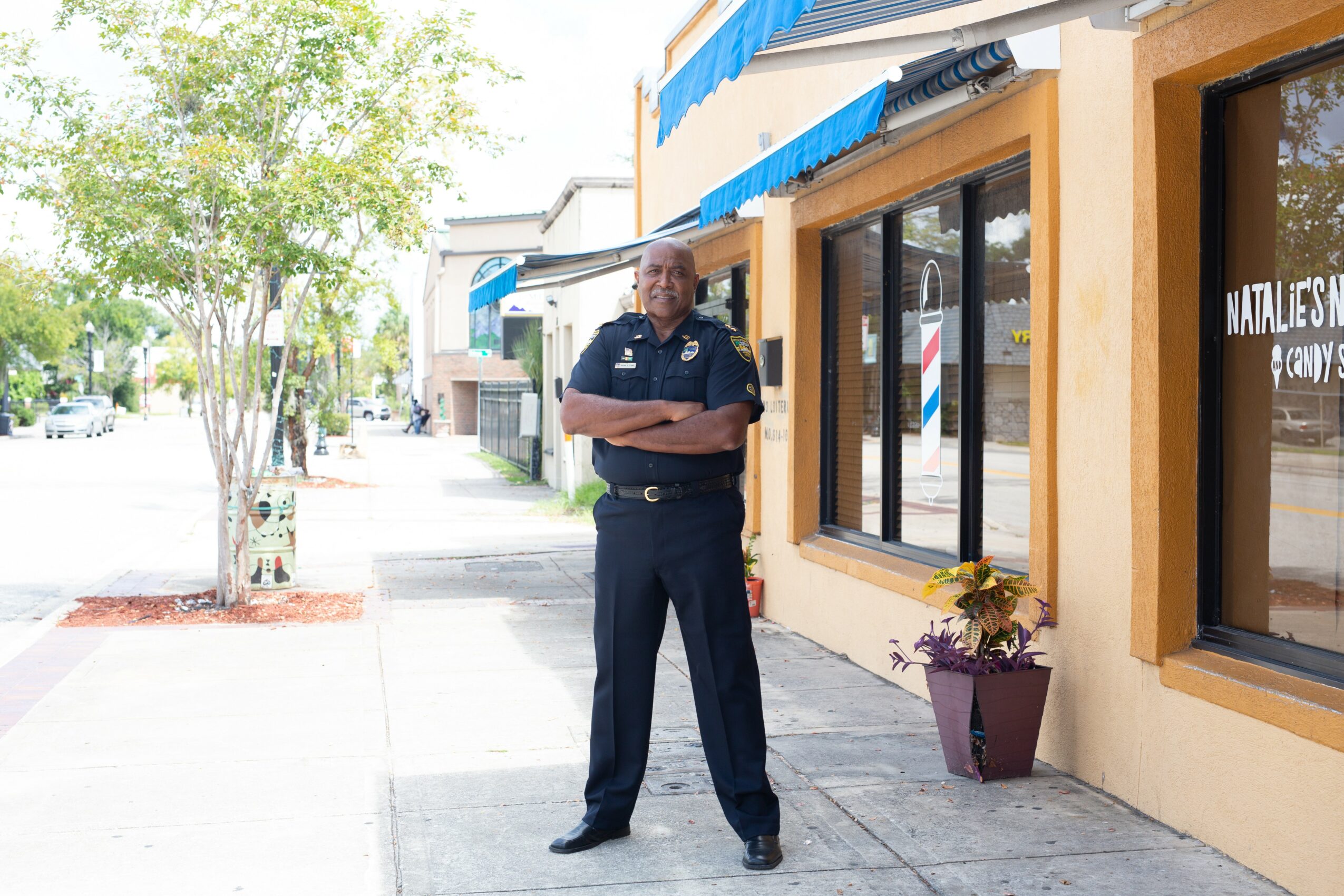 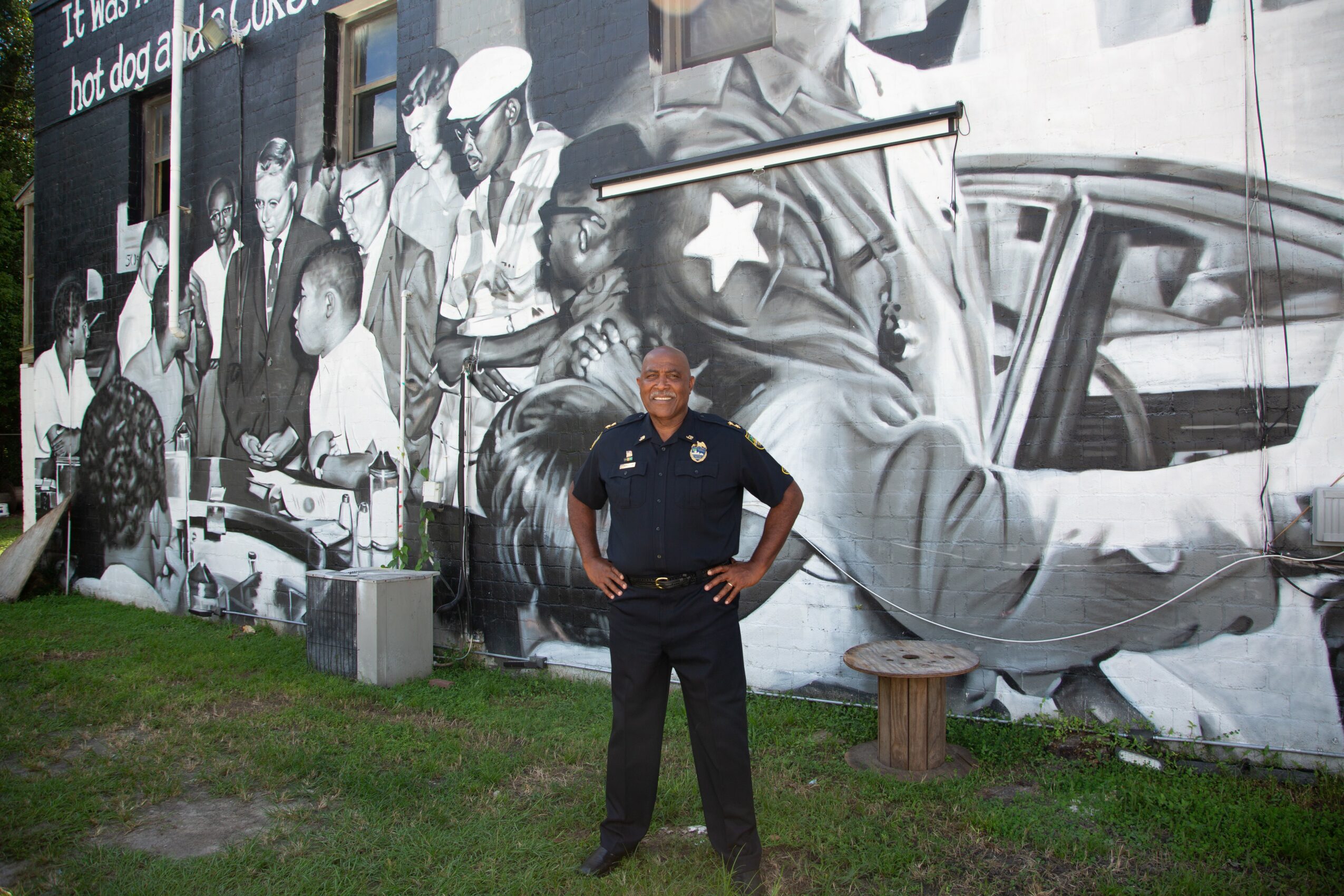 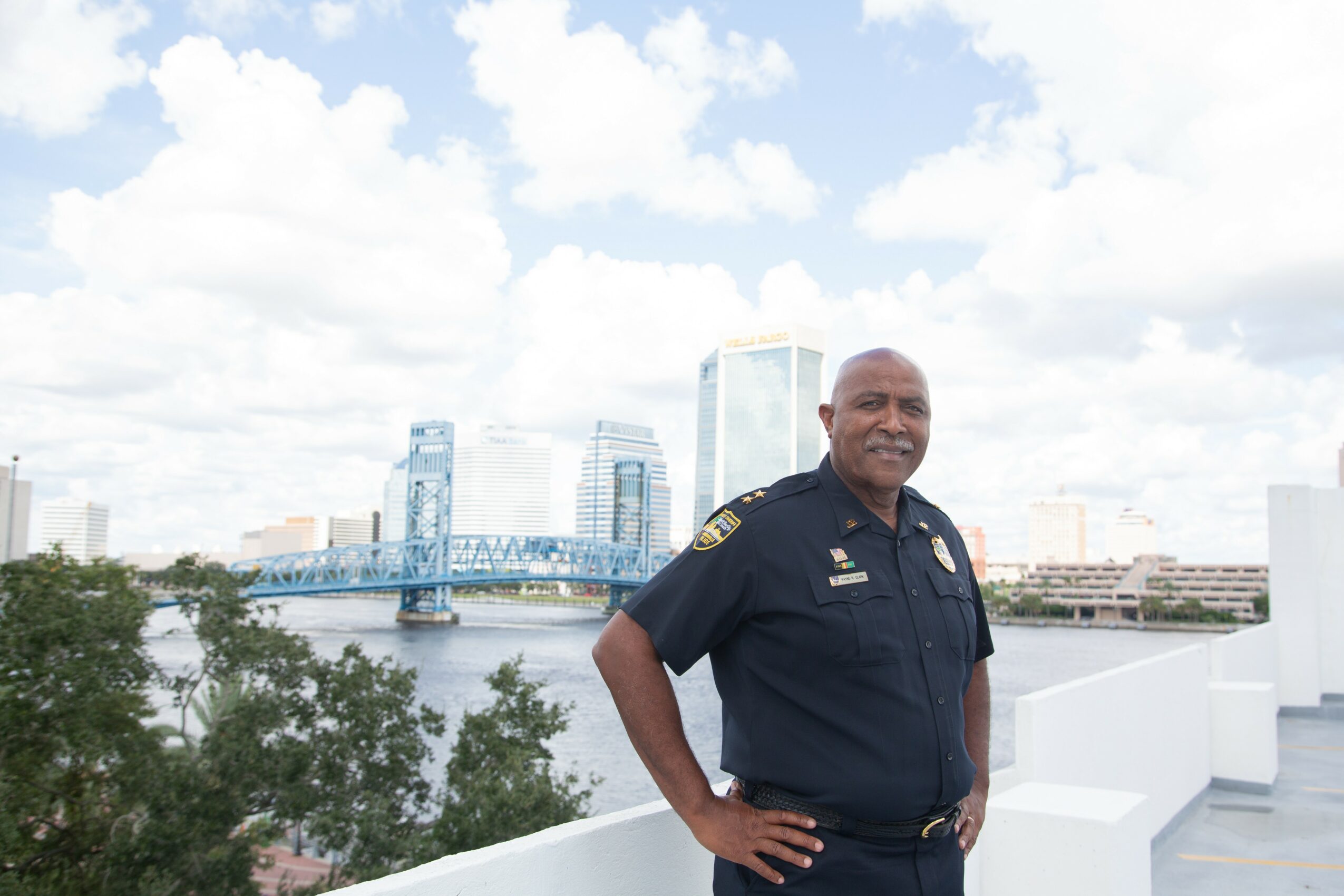 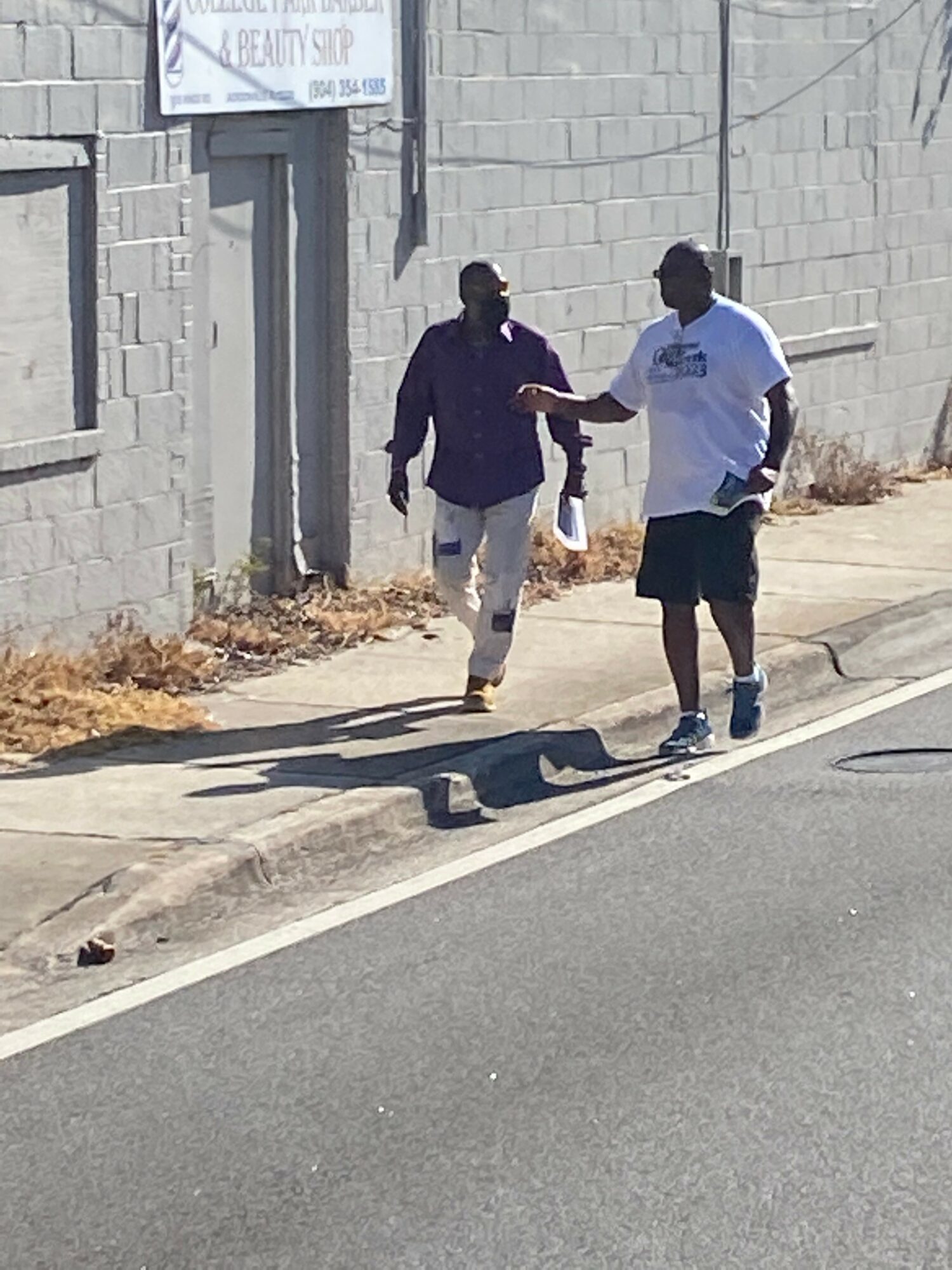 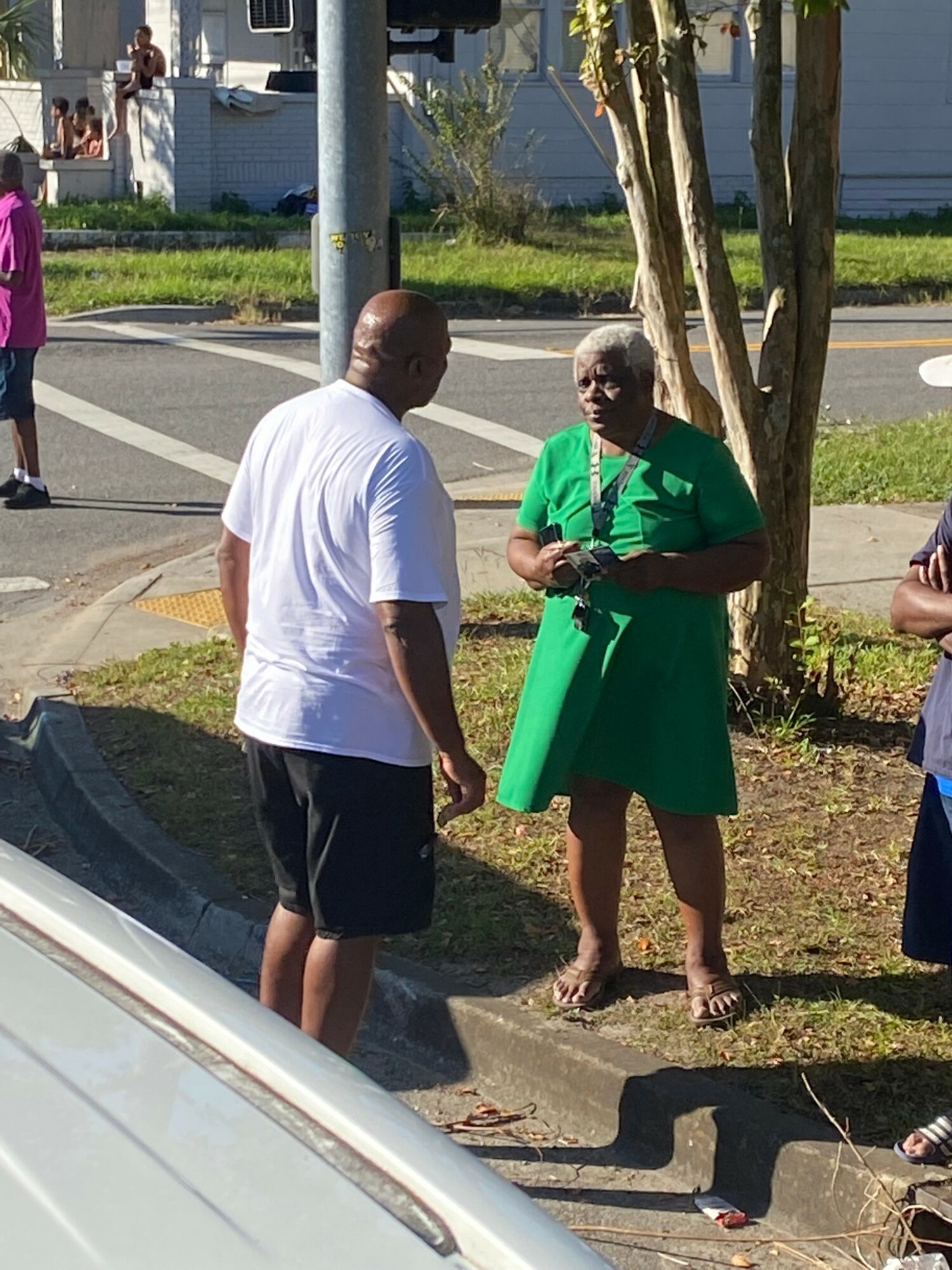 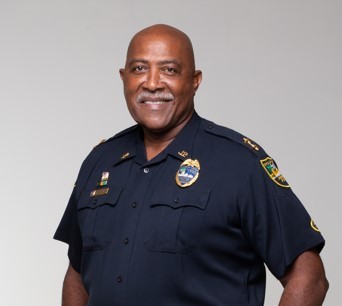 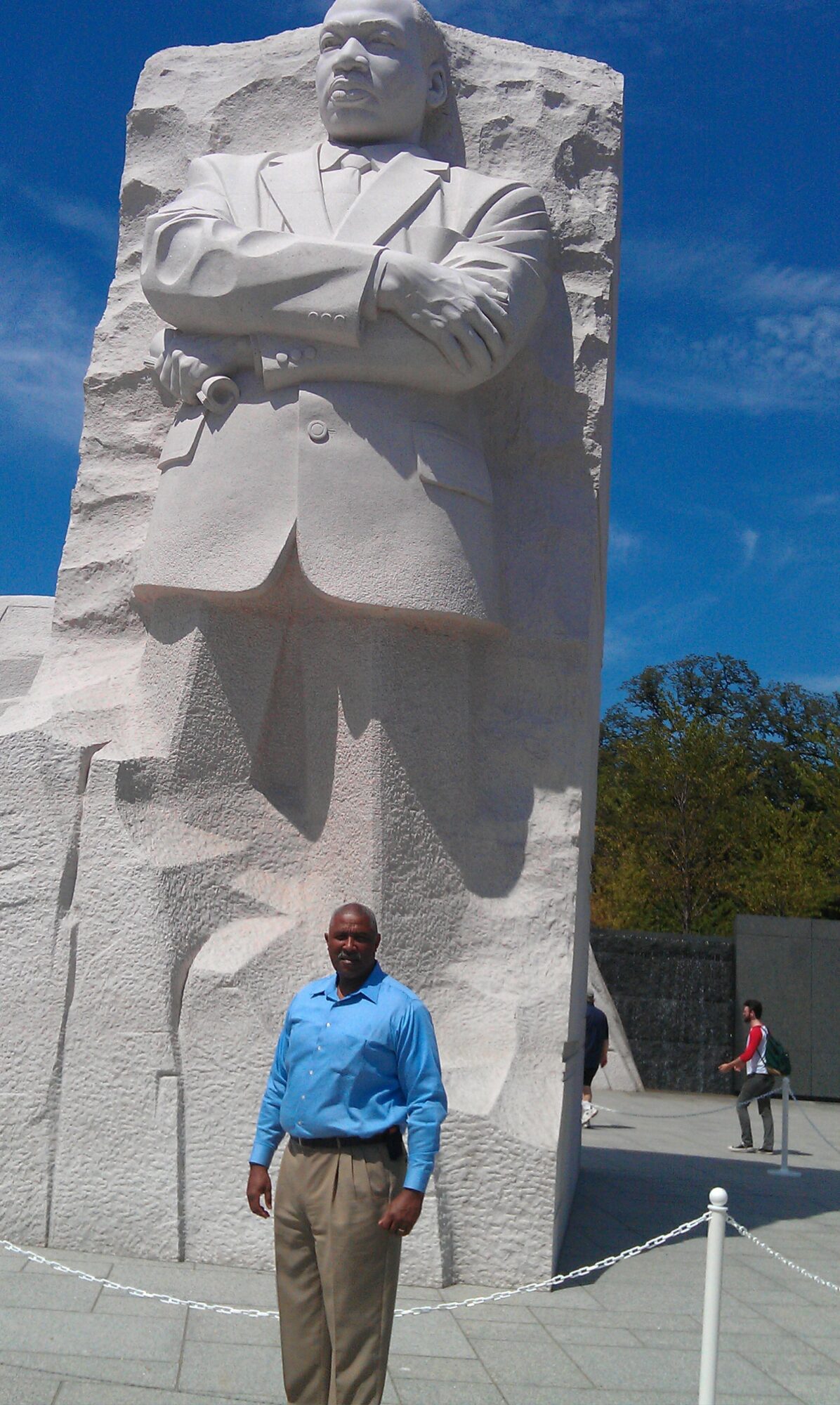 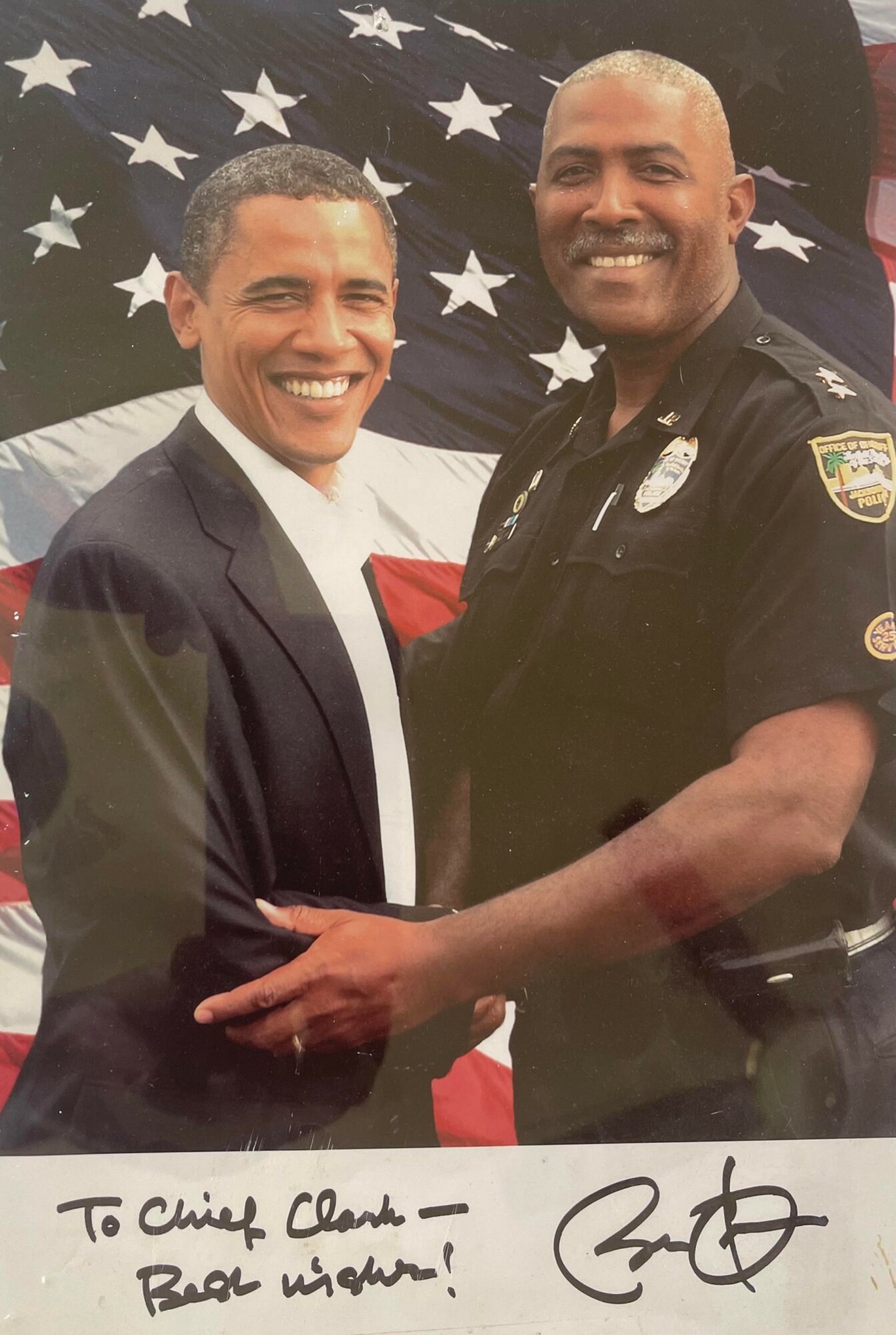 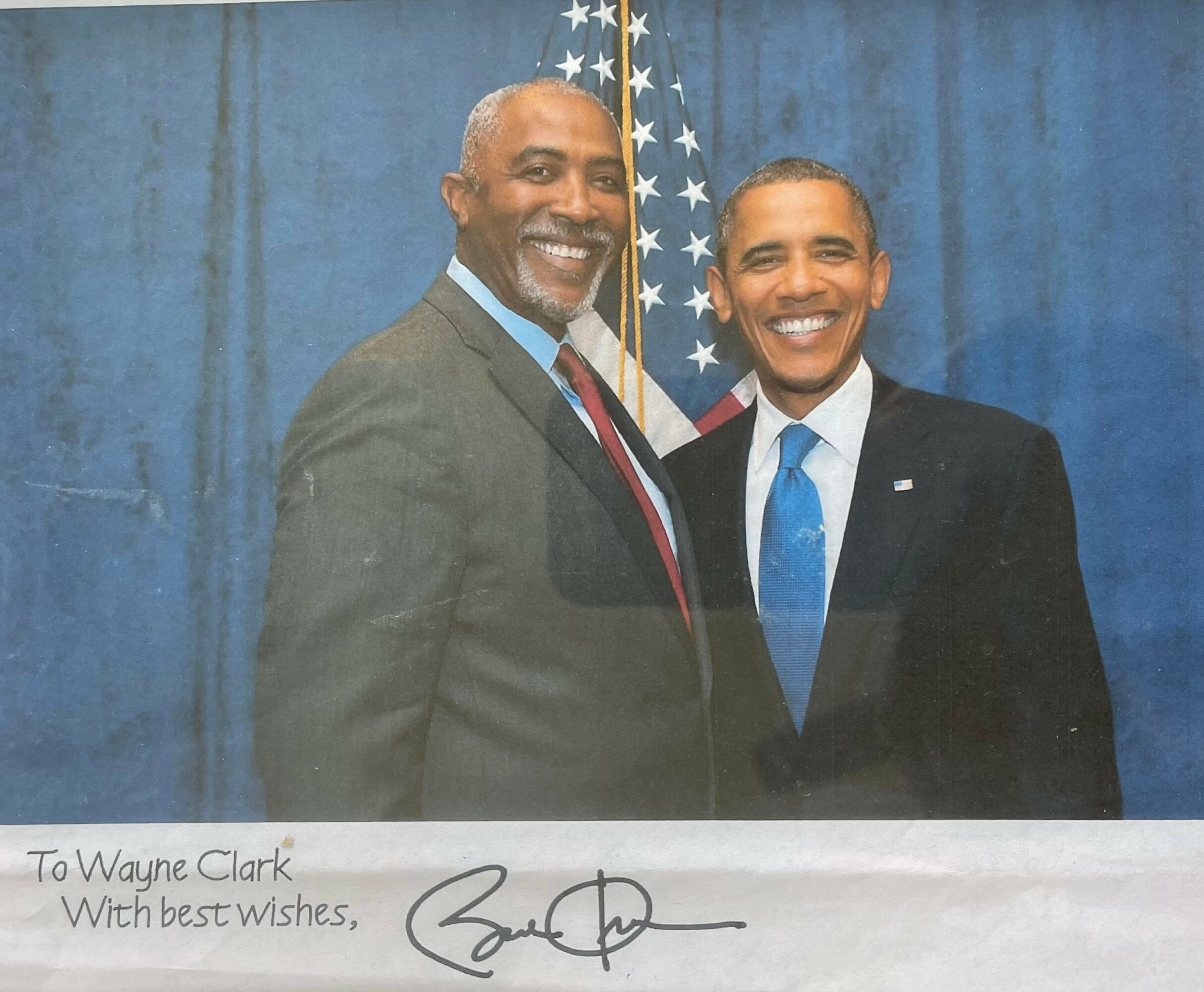