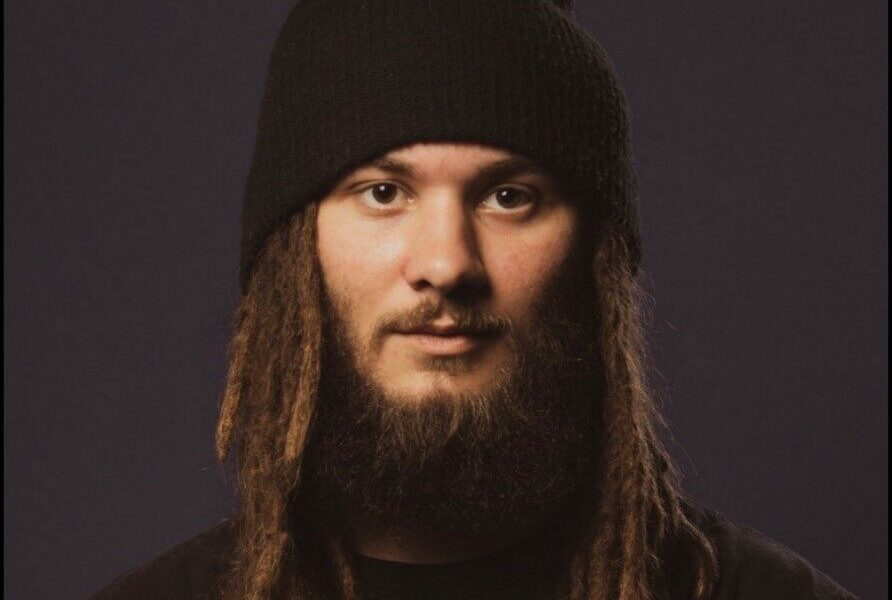 Today we’d like to introduce you to Mason Staub.

Alright, so thank you so much for sharing your story and insight with our readers. To kick things off, can you tell us a bit about how you got started?
I grew up most of my life in South Florida in an area called Boynton Beach. I started getting into music and playing guitar around 10 years old and back then I was really into the 80s hair bands. A couple of years after that in middle school I joined an after-school program called School of Rock (Yes, like the movie) and it really expanded my musical horizons. This exposed me to learning other instruments (such as drums, bass guitar, vocals), performing live concerts at bars and venues, and allowed me to jam with several talented musicians. During that time I was huge on screamo, pop-punk and math rock. Around 14 years old I was getting into the music production end of things. I was in a program for high school that taught hands on about sound engineering and synthesis. By that time I was getting more involved with composing hip-hop and electronic music while still making screamo music (back then I could sing screamo, can you believe that?) on the side. Around 16 years old I was getting into reggae from the Cali side of things all the way to the straight Jamaican dub music. I started getting out of the heavier music (because my voice wasn’t going to take it any longer) and shifted the music I was creating to a surfy, punky, reggae dub vibe. End of high school (2014-2015) I had a group with some buddies performing songs I wrote that became early Free Mace songs known as Aggromano (aggressive shark).

Right when I turned 18 I was enrolled at Flagler College in St Augustine. I had/have an interest in oceanography and sustainability sciences so that’s what I wanted to pursue. One night a couple of weeks into school I’m at a house party talking with this dude and I find out he plays drums. So we later linked up and jammed, incorporating songs from my previous band as well as writing new songs. A day later we got a bass player and had a 5 song set. The day after that was a house darty (day party) that we played two original sets at back to back. It was sick! After those performances, we played house parties regularly in the college area. We were rising too quickly and we inevitably collapsed due to partying and losing the sight of what success was for us. I relocated over to the Gulfcoast of Florida (where my parents moved after South Florida) and worked different jobs from lifeguard to line cook. I later realized that being complacent wasn’t going to do anything and that little bit of success I had was kind of cool. This drove me to get back in school for music production in Saint Petersburg, FL. I graduated from there in 2018 and three days later moved back to St Augustine Beach. I converted the whole garage to a recording studio and devoted myself to making music. I was performing a lot of open mic nights to get the name Free Mace out there and promote my future releases. I did this consistently for months.

I eventually met a drummer and later a bass player, concreting the official line up of early Free Mace (Lee VonRabenstein, Mike Lawrence, and I). Both of them moved away after college and resulted in Free Mace being back to just me. Around that time I was playing drums in a pop-punk band in Jacksonville, FL which really exposed me to the city’s music scene. The pop-punk group wasn’t serious enough to stay together so after splitting the former singer became the bass player of Free Mace. Needing a drummer I remembered a dude that filled in for a gig in the past and contacted him. He joined the group for a bit and we recorded “World on Fire EP”. We (Jarrod Dangler, Dan Hart, and I) were playing out in Jacksonville, St Augustine, Tampa and looking to expand and eventually tour. Covid halted a bit of that progress, however, we were able to perform concerts when many people would/could not. It was crazy because you’d never know if you’d have an empty room or a full room.

During this time, the drummer had left the group so we had to hire many freelance musicians to fill in the spot. We would travel and have someone hired to drum for us on a show basis and it became a lot. The bass player left due to a family emergency and so I was on my own. Again. At that time, I recorded “Hawaii Drive” with my acoustic guitar and some percussion, ran through a cassette machine. I wanted something that highlighted the songwriting of the music rather than the music itself, with a DIY aesthetic. I eventually met up with this cat I grew up with in the School of Rock program in South Florida. This was the beginning of a new Free Mace. He got on bass and we met up with a drummer from a reggae group and started performing. With a refined sound, this was the time more people began to learn about Free Mace. We (Freddy Bordallo III, Kevin Peacon, and I) started exploring and creating new styles which influenced the “Media” album. This album was a transition out of reggae music and showed our audience that our free expression will not be consumed by industry standards. The drummer ended up rejoining his previous band and left Free Mace. Currently, we are reinventing our sound and working on a new album that is a lot heavier and pop-punky than anything we’ve ever put out.

We all face challenges, but looking back would you describe it as a relatively smooth road?
I don’t think it has been a smooth road at all. It was way too smooth playing music in the group before Free Mace, but that’s why it didn’t work. We got so absorbed in self-destruction and weren’t thinking about the future, just the present. Through all the line-up changes, the debauchery, and having to reinvent yourself constantly, it’s hard to maintain a positive outlook 100% of the time. I believe understanding this is self-educating because we are so distracted with indulgence that we never get to really know ourselves. By understanding you gotta work hard but resting is essential too. I just recently have come to terms with this. I find by constantly adapting, educating, and mitigating we can be our best self. Because of this, I think now success would mean more because I had to put everything into it.

Alright, so let’s switch gears a bit and talk business. What should we know about your work?
I am a multi-instrumentalist and a music producer working out of my home studio. Sometimes I perform concerts in person for money and beer. I record a lot of different styles of music and release them on all major platforms. I also negotiate copyright and licensing deals with companies that would like to use my music. I am a member of ASCAP songwriter organization as an individual as well as a publisher.

Where we are in life is often partly because of others. Who/what else deserves credit for how your story turned out?
My biggest contribution would be to my parents for allowing me to pursue my passion. From driving me to music lessons or concerts before I could drive, to still coming to my shows, their support has been huge in keeping me moving forward. I would like to credit all the fans for putting Free Mace through their speakers and keeping our music alive. Definitely the friends I’ve had around me that support what I do and are there when you wanna grab a beer and watch some Tampa Bay hockey. I would like to credit the readers for learning about Free Mace and myself in this article. Finally I would like to credit Voyage Magazine for the opportunity to tell my story on their platform. 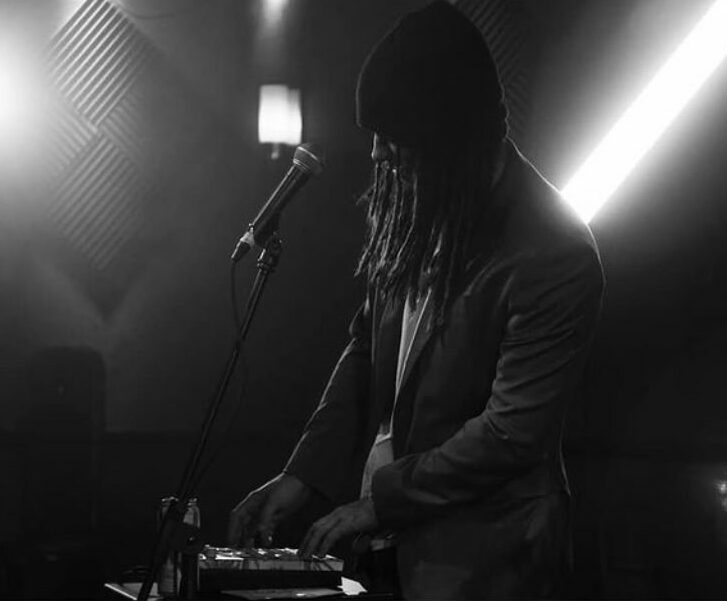 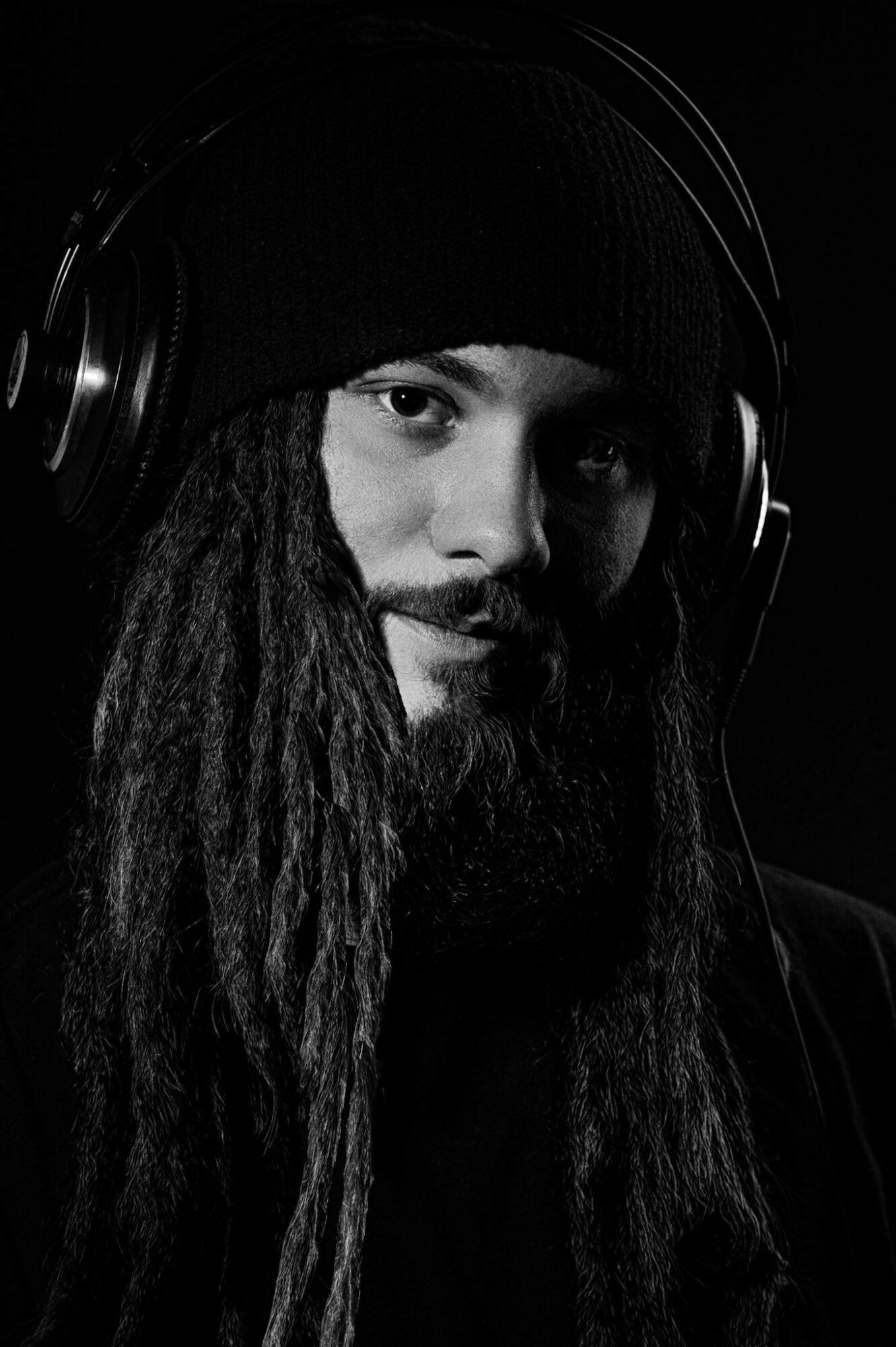 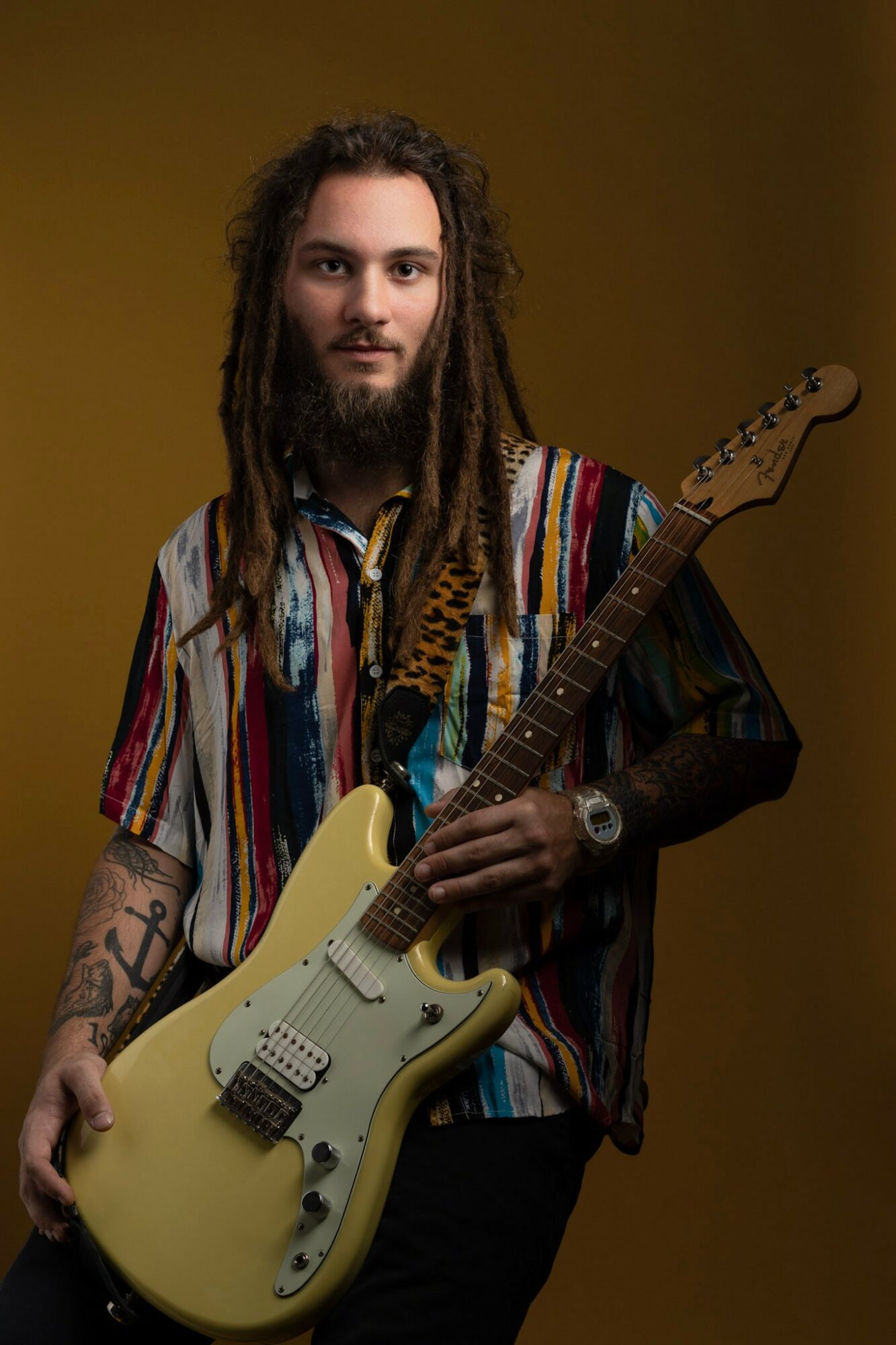 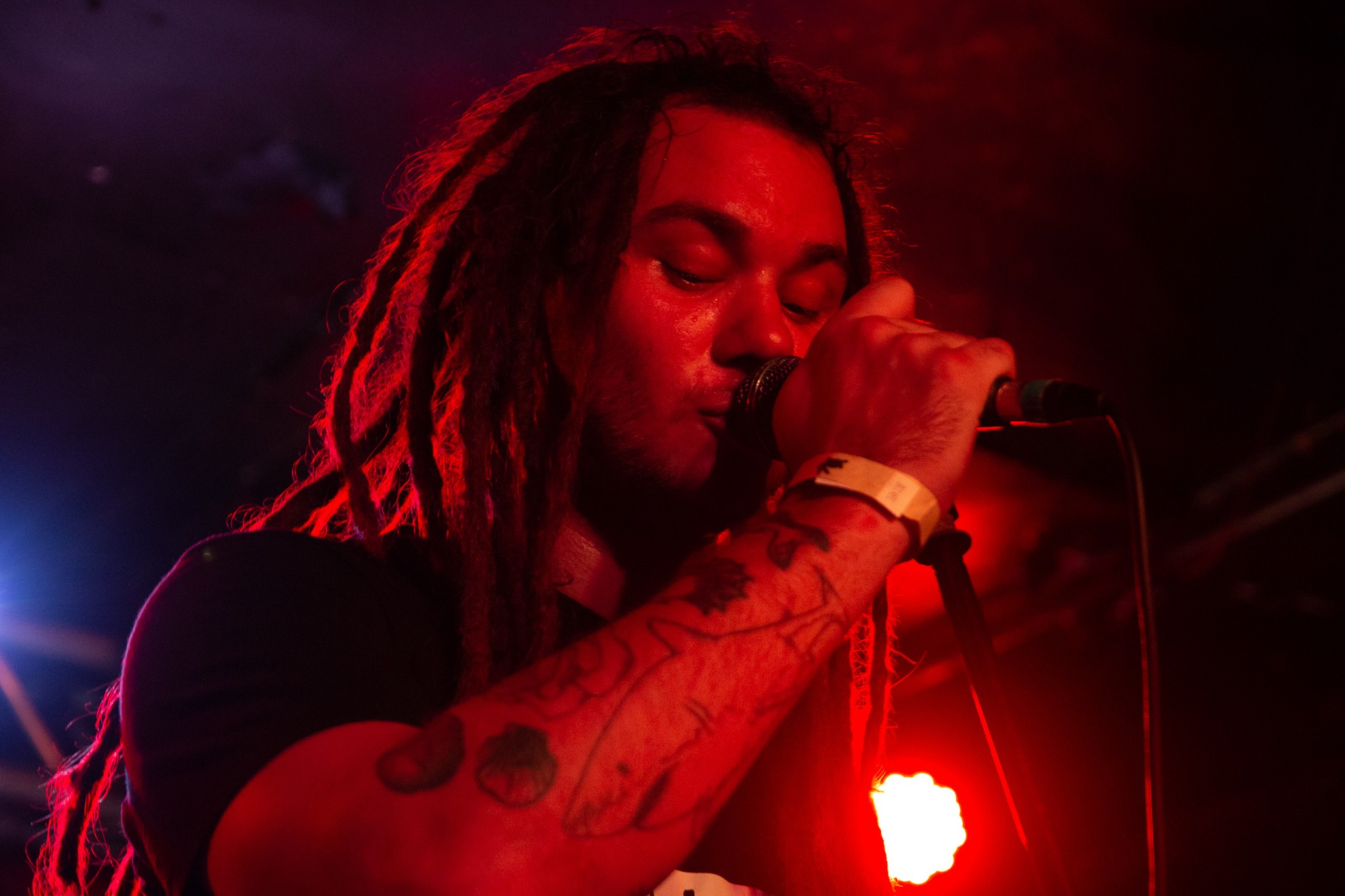 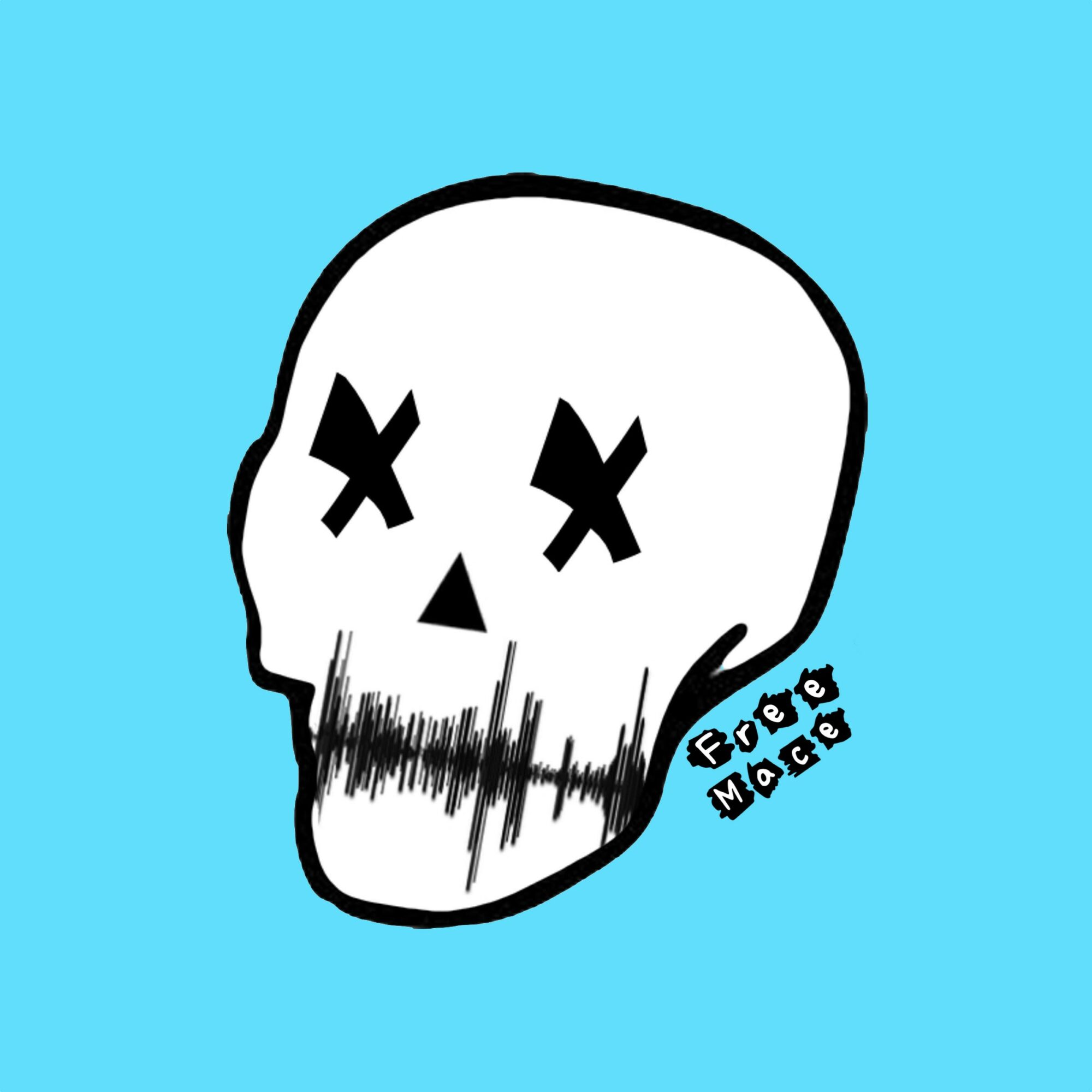