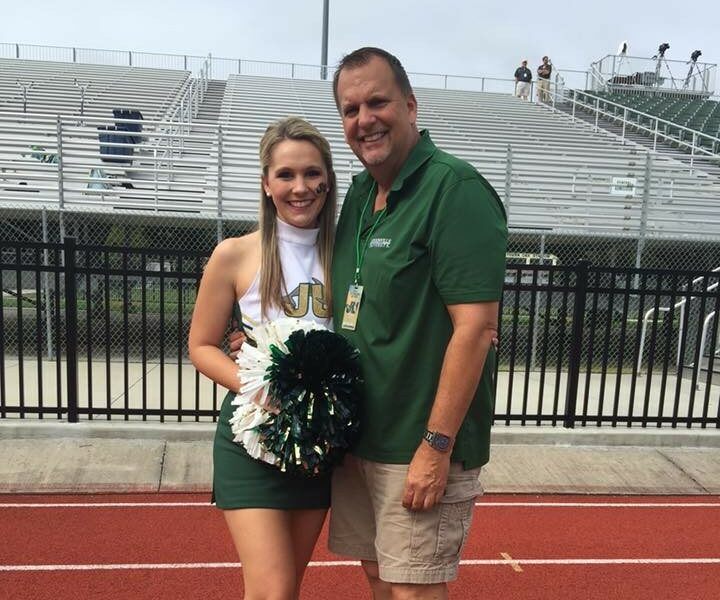 Today we’d like to introduce you to Gene Moore.

Hi Gene, thanks for joining us today. We’d love for you to start by introducing yourself.
I cheered for four years at Livingston University and when I graduated I volunteered to coach at my alma mater Ed White High School in 1988. During the years I continued coaching as a volunteer building a coed cheer program at Ed White and then also worked with other local high schools building their programs and helping to prepare young people for national competitions. Overall I had the pleasure of not only working with Ed White but Orange Park, Wolfson, Andrew Jackson, and eventually a powerhouse team at the new First Coast High School. While enjoying coaching as a volunteer status I eventually opened in 1994 my own competitive all-star gym on the northside of town the Florida Elite All-stars. We developed many teams from youth age to adult age competing nationally and developing cheerleaders for college and their local school. Students traveled from all over Jacksonville and surrounding counties to audition to be on one of our nationally ranked teams.

During the success of the gym, I was asked to interview for a position at the University of Florida. In 1999 I was given the head coaching job at the University of Florida where I coached till 2004. During this time I also opened another satellite gym for Florida Elite in Gainsville as well. I would travel two to three times a week back to Jacksonville to coach and then back to Gainesville to coach at the gym and the university. Yes, I had no social life. My life was coaching. In 2004 I left Florida and returned to coach full time in the gym till 2009.

During the economy crunches it was decided to close the doors and semi-retire. Basically, I was bought out from one of the largest cheer companies in the country Varsity and they hired me to coach at one of their gyms. I coached for several years until one of the students that I coached since she was in 2nd grade was my assistant coach and she was graduating from college, I figured its time for me to get what my father would call a real job, and I retired from coaching and began a career with VyStar Credit Union. While I worked at VyStar as a Member Service rep I still found myself coaching from time to time to review routines for nationals etc… My daughter preparing now for college I was approached to come out of retirement for a coaching position that had opened at Jacksonville University. A professor reached out to me to let me know of the opening and ironically I coached this professor when she was a student at JU. I took the job in 2014 at JU and not only coached the cheer team but developed a mascot program and created the JU Sirens Dance Team. I continued working with VyStar Credit Union and in the evening would coach from 6 till 11 in the evening.

To this day, I am now coaching that professor’s daughter and she will be a senior this year at JU and after 34 years of coaching I may be looking to retire after I win the only National Championship I haven’t won yet and that is at the Collegiate level. I would like to win a College national championship before I retire. Came very close our first year attempting it missing it by half a point. We just had tryouts and I am excited about a strong team of students this year for the cheer and dance team. I am currently working at a family business now Southern Monument and I coach in the evening.

Alright, so let’s dig a little deeper into the story – has it been an easy path overall and if not, what were the challenges you’ve had to overcome?
It’s never been a smooth road because it’s always a rollercoaster of emotions. Although I am happy to say I was blessed with a loyal group of young people and families that supported our gym from start to finish when we closed in 2009. It’s such a pleasure to see students I have coached now coach at local high schools and middle schools and the new coach at the University of Florida is one of my former students. A lot of times individuals weren’t happy with the results or teams they were placed so they would try to have me removed from my position or try to cause controversy and drama in the cheer world. You truly love what you do as a coach in the cheer world because they are the last sport to get respect and be recognized as a sport. Times have changed a lot but it still needs to improve. One of the conditions, when I came to JU, was that we are underneath the athletic department such as I was at U of F. That way we have access to trainers and early registration, etc… Unfortunately, we still have not be able to offer scholarships but maybe one day that will change.

The main struggle during coaching is just not dealing with the drama and just coaching to make winners. The biggest joy is seeing someone accomplish a goal or something they have been reaching for in cheer or dance and become successful.

Appreciate you sharing that. What else should we know about what you do?
I have been coaching for 34 years. I also was involved as Special Event Coordinator for five years with the City of Jax and I worked as a Membership Representative and Community Representative for VyStar Credit Union for 13 years as I coached. People know me as a cheerleading coach and a pageant director. I have coached kids for so long that I now coach kids of students that I coached. I often run into former students and my friend’s comments are “let me guess you coached them ” that is usually the cause. I am often called on the judge for tryouts and was awarded Who’s Who Among College Coaches. I also have been working in the pageant industry for more than 20 years. I am the National Director for Miss Freedom USA and Miss Dance USA. I am consistently called to judge auditions and pageants all over north Florida and Georgia.

I am most proud of the students that reach out to me and tell me that the years I coached them were the best memories of their life and they are successful in life from the coaching I taught them while training etc… It’s great to see individuals too that went on to college with scholarships in college and now so many that are coaches or own their own gym like I had and or that coach at the collegiate level. One of my former students on my coed team now owns one of the most successful gyms here in Jacksonville and each time I see him he always makes me feel good because he says his success started with me and my influence on him while he was on Florida Elite.

What sets me apart from others is easy… I don’t do what I do for the money I do it because I love coaching.

How do you define success?
Success is measured by the lives you touch and how happy you are in life. Did I make a difference in someone’s life? That’s all I ever wanted to do to provide a smile to someone and help them reach their goals and make a difference. Whether that is learning a back handspring, winning a national title, or eventually owning their own gym. Pt. Barnum is quoted as saying “The noblest art is that of making others happy”. I enjoy coaching because it has always been a passion of mine and to make a difference in someone’s life and see them happy is all that matters. 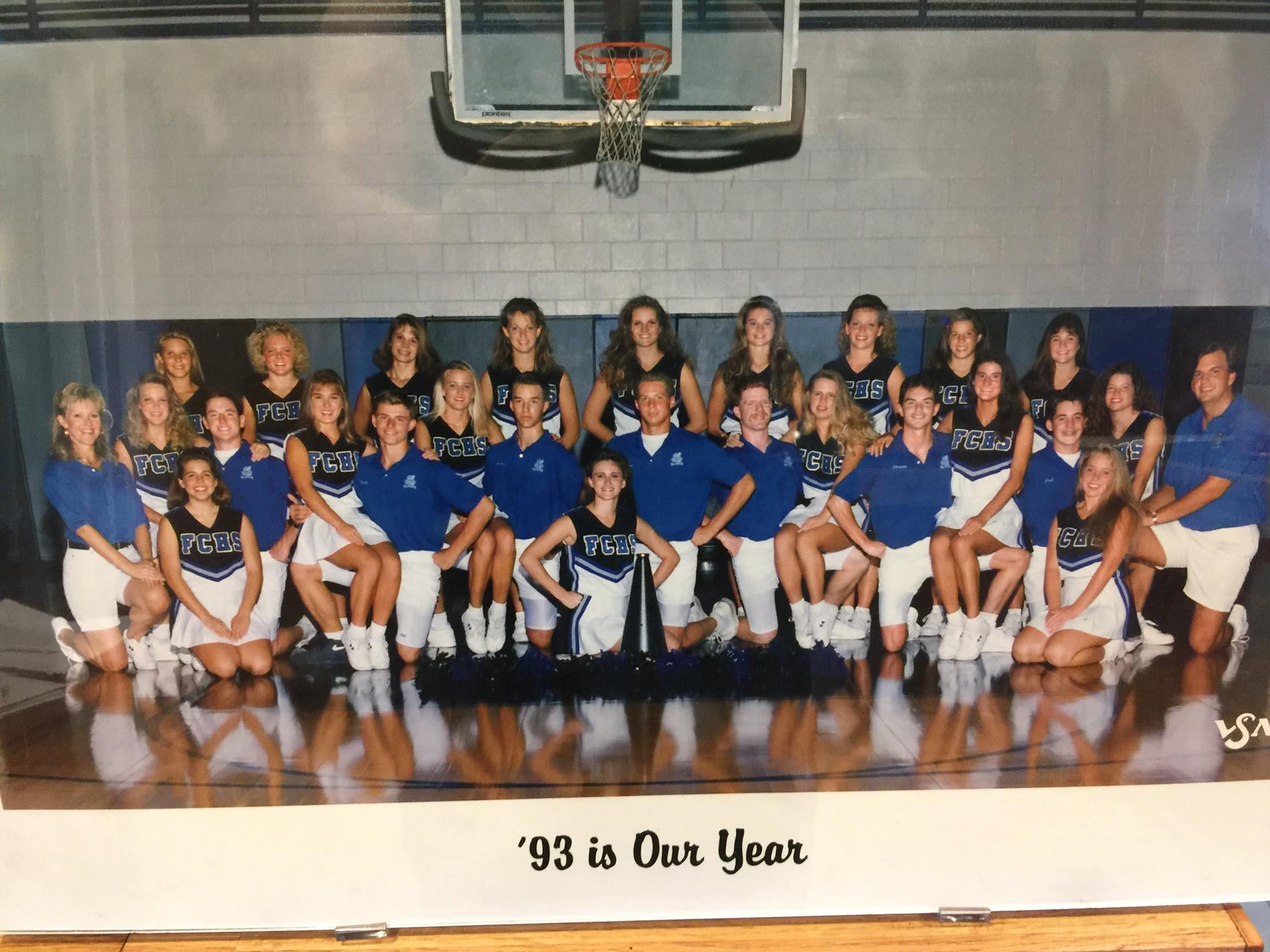 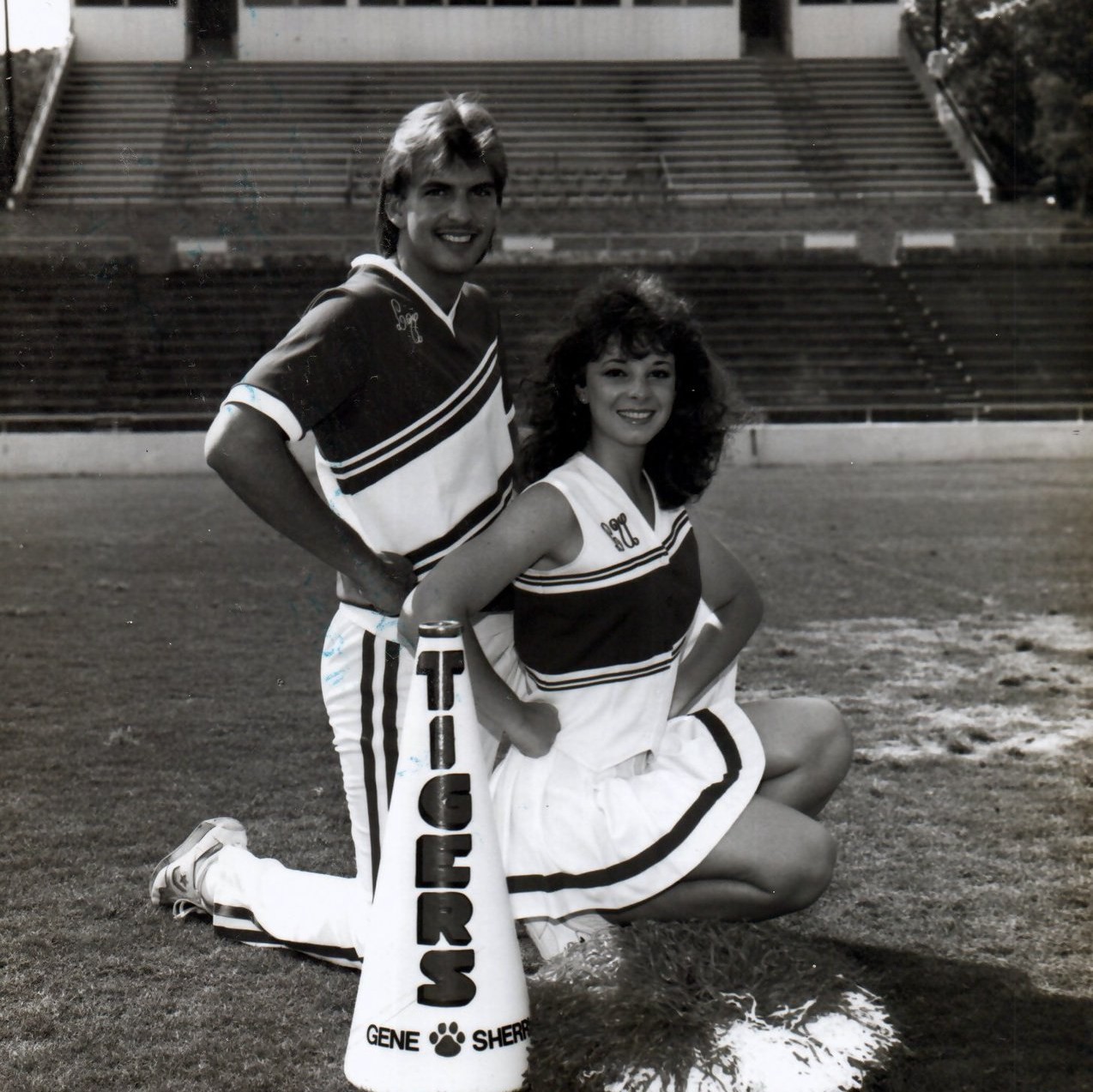 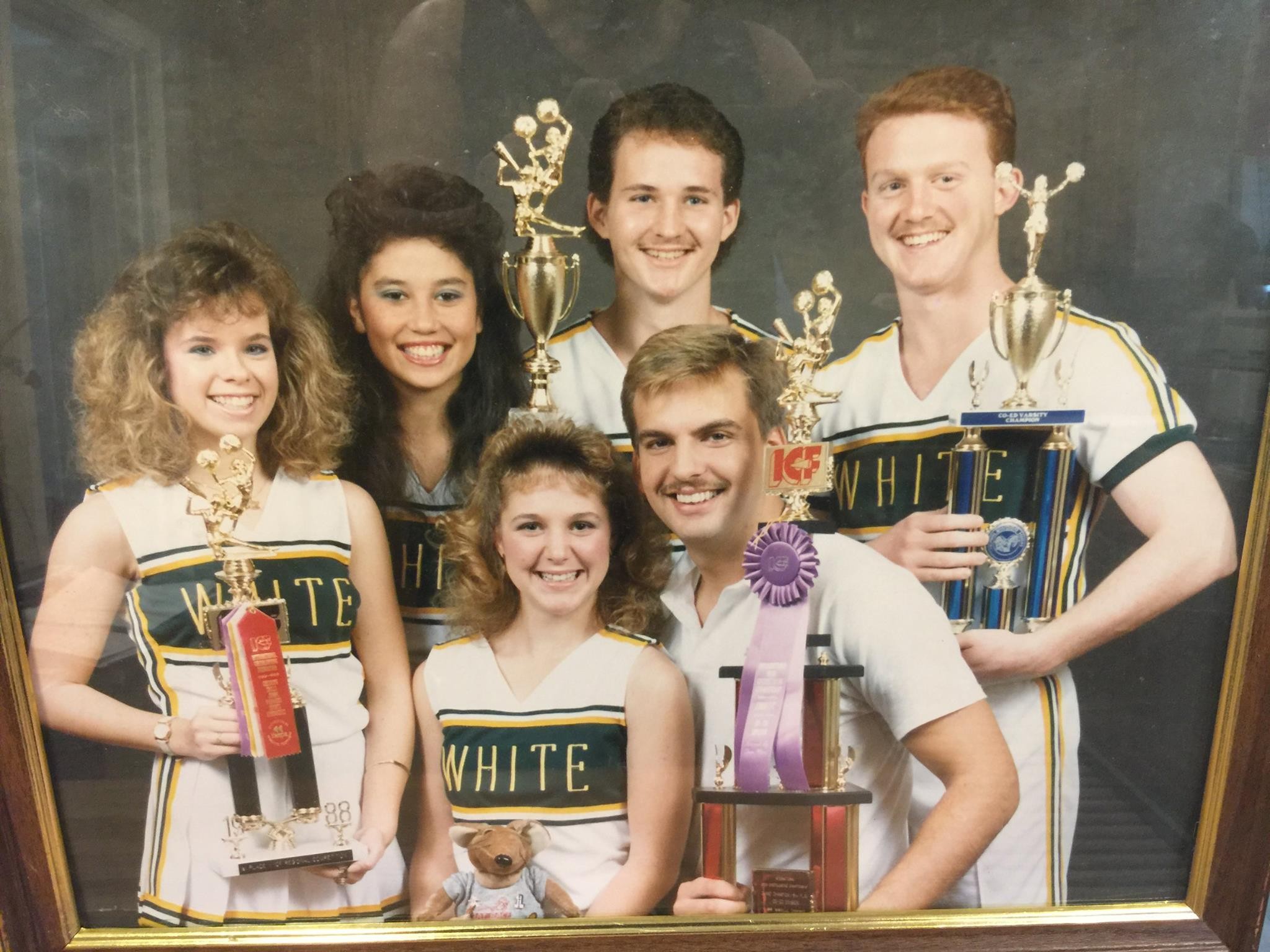 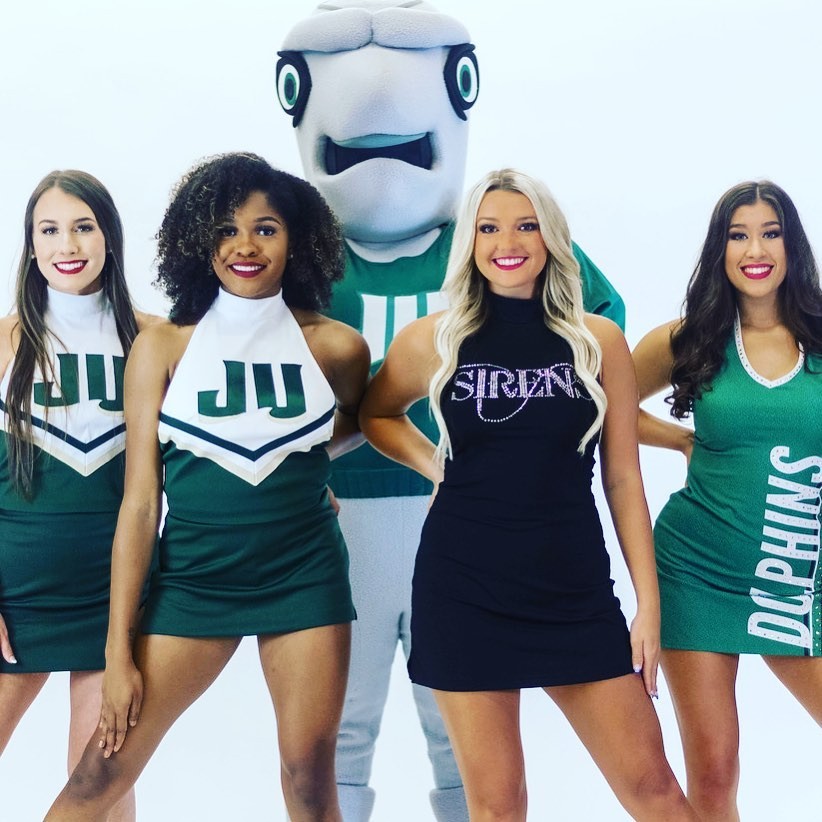 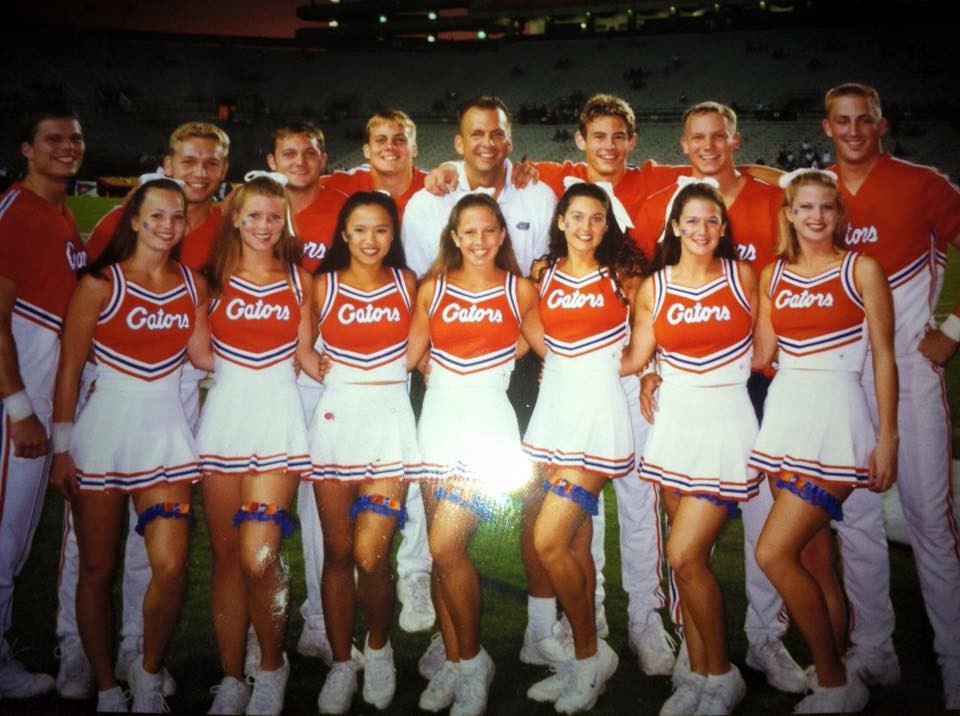 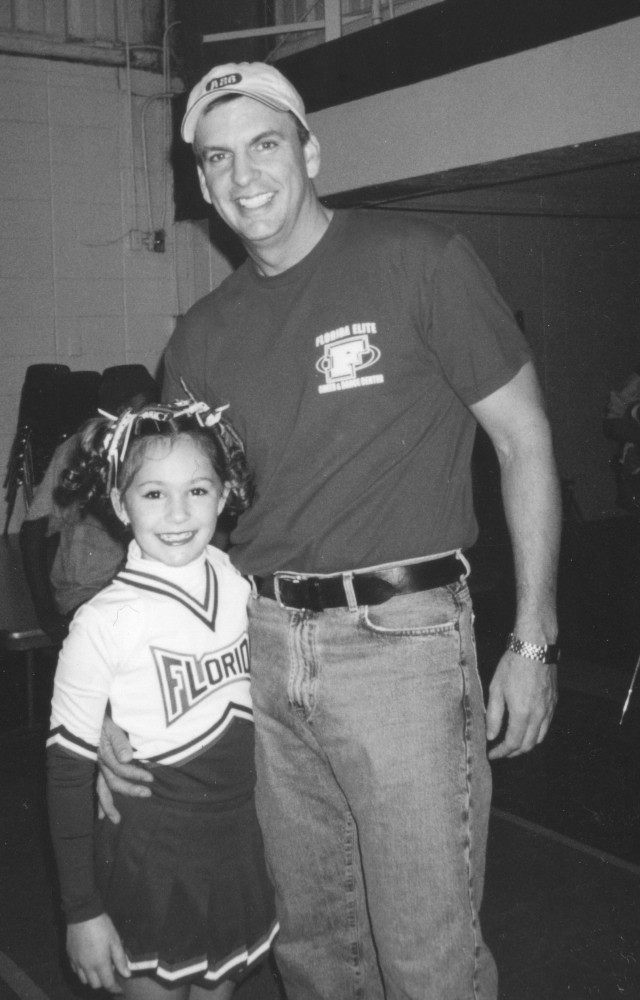 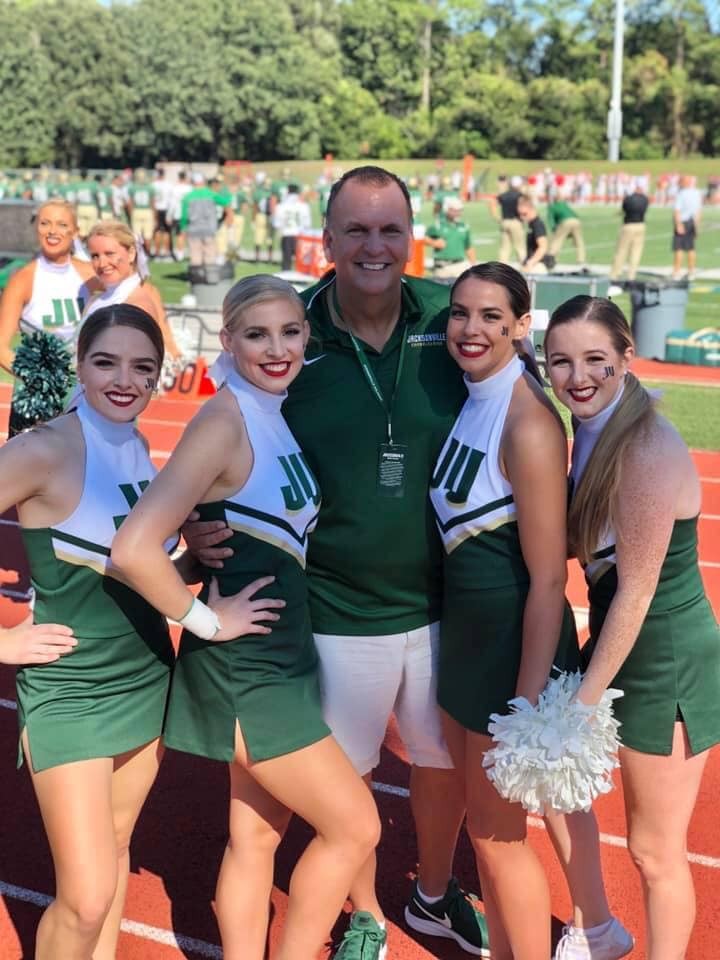 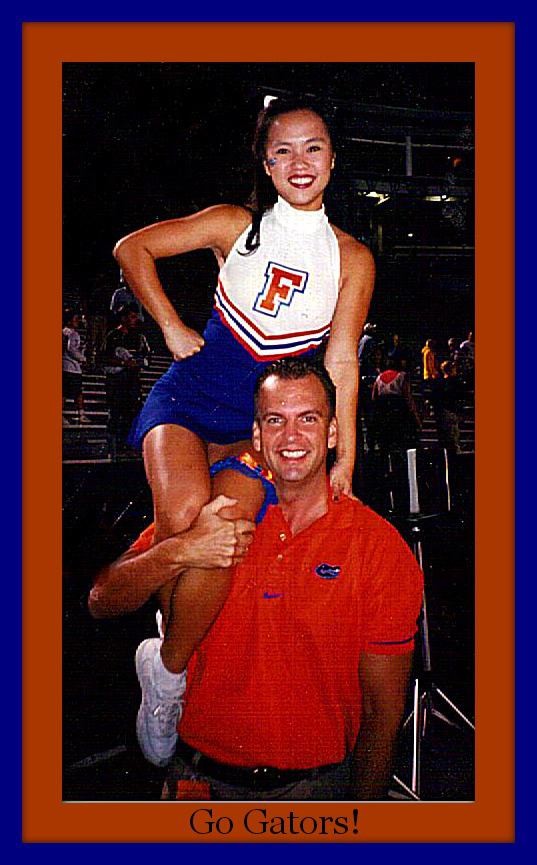 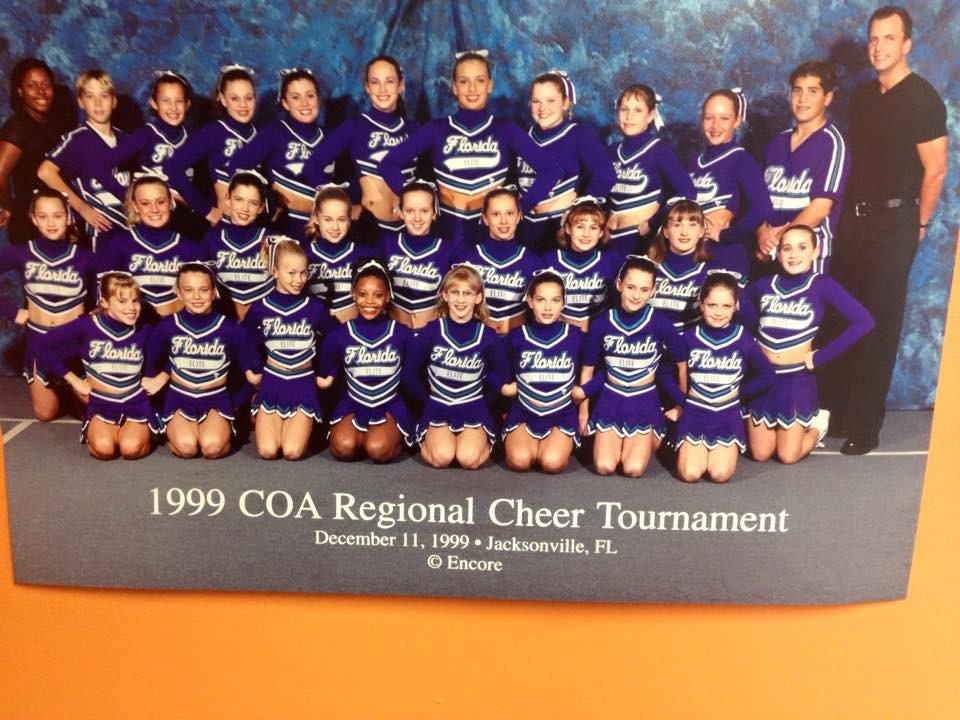